Aftershock of the Fed’s “Eagle change”: only a few days after the new year, many central banks around the world have taken the lead in raising interest rates

Dof Finance > Finance > Aftershock of the Fed’s “Eagle change”: only a few days after the new year, many central banks around the world have taken the lead in raising interest rates

In the eyes of many industry insiders, as the world economy struggles to recover amid imbalances and the Fed leads developed economies to turn around one after another, it is obviously the general trend that the global central bank will usher in a “year of raising interest rates” in 2022. And the current situation seems to be the case: Although it is only a few trading days into the new year, many central banks have been unable to hold back this week and have successively taken interest rate hikes. 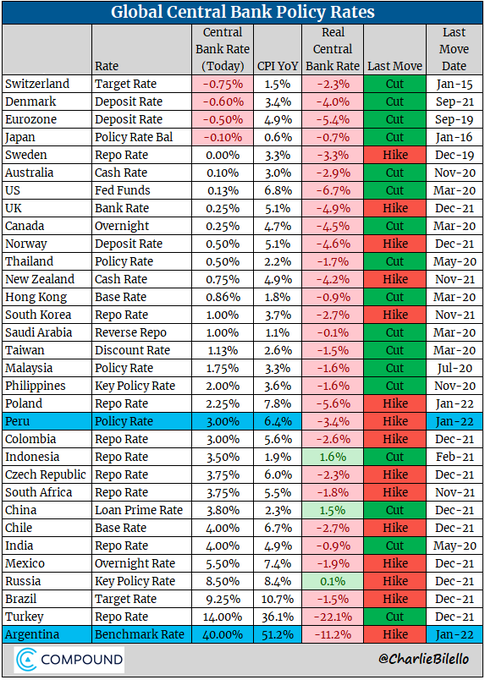 Among them, the most eye-catching is undoubtedly the “most vulnerable” emerging economy Argentina, which has been without any monetary policy action for the past year! The devaluation storm of the lira that Turkey experienced at the end of last year once caught the attention of all market participants. But even as the turmoil in Turkey deepens, the country’s domestic inflation rate of about 36% is still “small” compared with Argentina, which has been running at about 51%.

And as Argentina finally “disarmed” and had no choice but to raise interest rates, the tightening trend in emerging markets this year seems to be unstoppable.

A set of data from the foreign exchange market showed that the turmoil in emerging market currencies intensified significantly on Wednesday, when the Federal Reserve’s minutes changed. The MSCI Emerging Markets Currency Index fell more than 0.4% at one point, its biggest drop in three weeks.

Kamakshya Trivedi, co-head of global FX, rates and emerging markets strategy at Goldman Sachs, said, “The current macro environment looks extremely challenging for emerging market assets, with growth rates easing from their peaks as the boost from reopenings around the world fades. Monetary policy is tightening, and some familiar emerging market issues such as inflation, fiscal excess and political instability are re-emerging.”

Here’s a background overview of the major central banks raising rates this week:

In the face of calls from the International Monetary Fund (IMF) to tighten monetary policy, Argentina’s central bank finally announced its first interest rate hike in more than a year on Thursday, local time: raising the benchmark Leliq rate by 200 basis points from 38% to 40%.

Earlier, Argentina’s central bank kept interest rates at 38 percent for a year despite domestic inflation rising to 51.2 percent, as it tried to print money to fund government spending during the pandemic. However, the bank’s approach stands in stark contrast to a wave of tightening by central banks around the world. IMF officials in December called on Argentina’s central bank to adjust monetary policy as part of the government’s negotiations on a new package to reschedule some $40 billion in payments. They specifically called for interest rates in Argentina to outpace inflation. 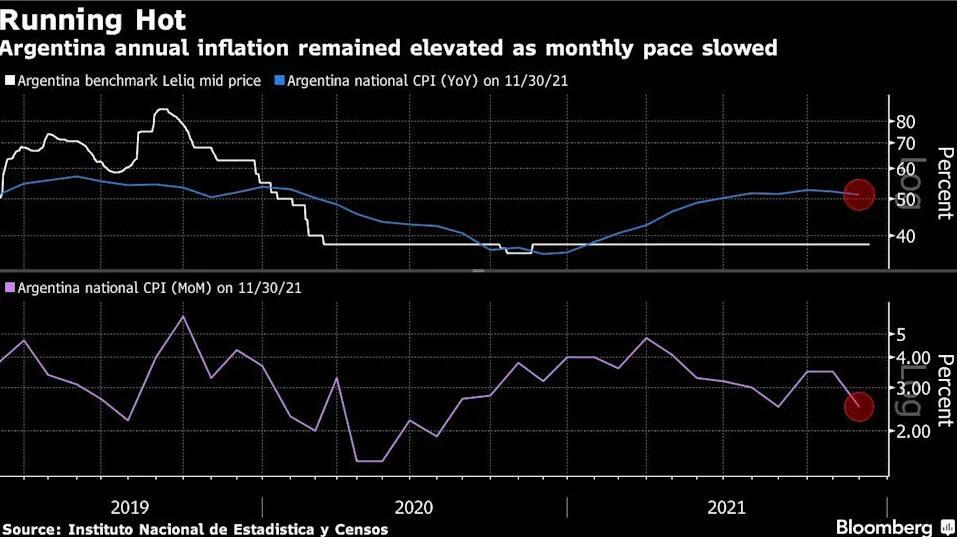 The Argentine central bank said in its latest statement that the new benchmark interest rate will be in line with the central bank’s plans and goals in 2022. The Argentine government hopes that through interest rate policy, the local currency investment will get real returns, maintain currency and foreign exchange market stability, and then promote economic recovery.

“Given the information available, we believe it is appropriate to continue normalizing monetary policy in the coming months,” the central bank said. Policymakers at the central bank also noted that they are closely monitoring inflation expectations and the evolution of economic activity in order to Decide on the appropriate currency stance. 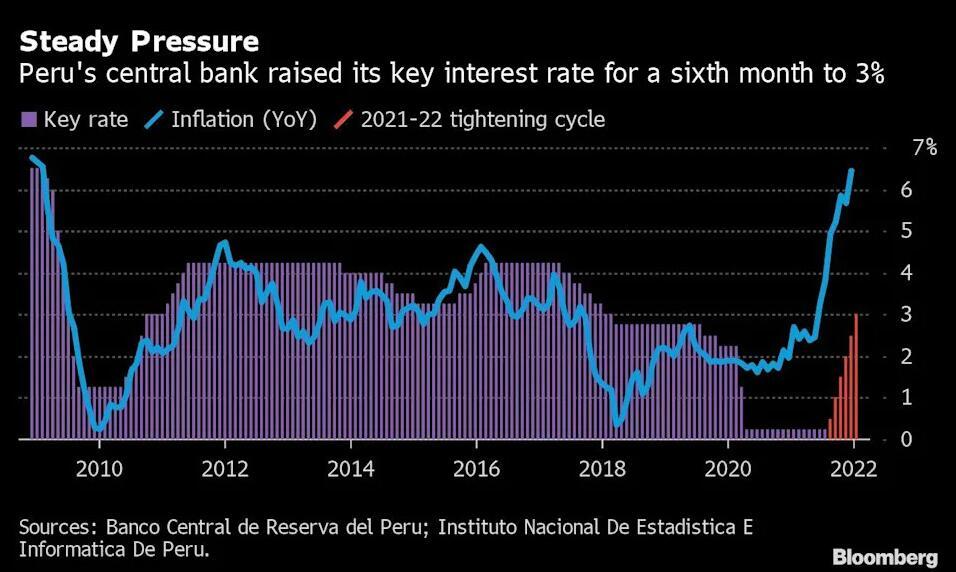 Peru’s CPI reached a 13-year high of 6.4% in December, as food and energy prices rose, while the country’s central bank’s inflation target was just 2%, plus or minus one percentage point. Currently, almost all major Latin American central banks are aggressively withdrawing their stimulus programs and turning to rate hikes, with inflation indicators broadly above target across the region.

Poland’s central bank’s Monetary Policy Committee (MPC) announced on Tuesday that it would raise the country’s main interest rate by 50 basis points to 2.25%, becoming the world’s first central bank to announce a rate hike this year.

Poland’s CPI growth rate in November was as high as 7.8%, the highest in 20 years. Market analysts said that factors such as labor shortages, rapid wage growth and supply chain disruptions pushed up domestic prices in Poland significantly, which were the main reasons why the Polish central bank finally chose to raise interest rates at the beginning of the new year.

Poland’s Monetary Policy Committee said in a statement that its decisions in the coming months will continue to aim to bring inflation down to levels consistent with the central bank’s medium-term inflation target to ensure medium-term price stability and support a sustainable economy after the shock of the pandemic increase.